The “M” in Morality.

My dictionary defines the word “Morality” as follows:


The degree of conformity of an idea, practice, etc., to moral principles. Right moral conduct.

I realize one of the most obvious questions that should strike us is the question of whose ideas or whose moral principles? 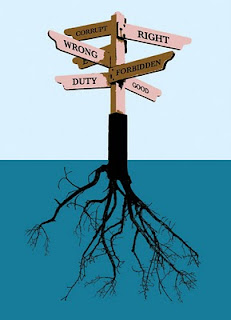 But that isn't the point that stays with me.
The point that jumps off the page to me is the simple fact that this whole confusing issues of morality and ethics is simply a byproduct of humanity being gregarious. We are an extremely social animal. In fact, I might even debate whether we could live (I deliberately chose the word live and not survive) in total and prolonged isolation. My point being, from a certain point of view, we are not really individuals.

Ethics, Morality, right and wrong; these things are of absolutely no value to a creature who does not depend on anything other than itself. Unfortunately for the human race, this does not apply.

So, morality is what? Is it the glue that binds us into this necessary social conglomerate? Or maybe it would be more accurate to say that it is the conglomerate itself? Either way, it provides the necessities of life.

Now, and only now, do we come to that first thought to be most obvious question; Whose ideas and whose moral principles? 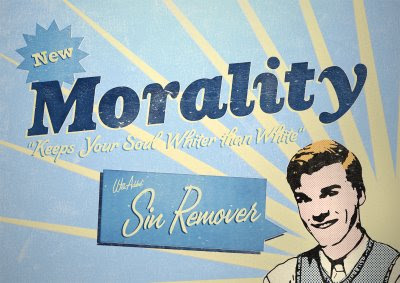 I prefer not to use the term “religion” for the simple reason that it can – to some people's definitions – be misleading. I would rather use the term “Belief-System”. For many “religion” is strictly reserved for the traditional organized religions of the world; many of which would include a belief in a supernatural deity or deities.
A “Belief-System” is a bit more broader. It would include Agnosticism and Atheism, to name a few. A Belief-System does not necessitate moral belief in deity, but yet an adherent to a given Belief-System is still vulnerable to the disease of religiosity; and that is the defining difference (or possibly similarity) between the two. Religions would fall under the umbrella of Belief-Systems.
When the question is asked, ”Whose ideas and whose moral principles?” the answer is a Belief-System's

The Belief-System that is the “M” in morality, that governs society's morality itself, ultimately controls the very nature of that society's life. No, I don't mean the society's way of life. I mean life itself. The ability to live. (And again, I deliberately chose the word live and not survive).

Every religion, every Belief-System that I can think of has taken it upon themselves that this – that becoming the “M” in morality – is their very purpose, their goal. Whether it is in reaction to another's religion or belief-system or morality or through a direct statement of belief.


But at the end of the day, regardless of what we are told, Religions and Belief-Systems are not about morality, are they?… it is a subtle and elusive battle for supremacy, isn't it? It is about control. Whether we like it or not it is about control. The real issue becomes if control is a deliberate focus or simply a byproduct of morality. Whether said given Belief-System is about governance or engineering; are they focused on meeting the needs of their population or shaping the needs of their population?
... Let's not get side tracked here. Although it may sound like I am speaking of government, I am not. (Although a government could fall under the umbrella term of a "Belief-System"). 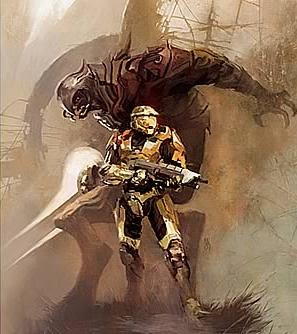 We all adhere and follow some sort of Belief-System. Some of us can name and clearly identify it. Others may not so easily do so. Some of us may claim to be one thing but in truth be another. Some ruling Belief-Systems do not belong in the realm of the more common and traditional ones. Some may not even as of yet have a title. Some (as I suspect, many) are a sort of hybrid synthesis. Some are within contantly growing and evolving systems. Some are trapped within prison-systems incapable of growth. None of us are outside of a Belief-System. We'd no longer be alive if we were. (And there are poor souls who exist in this state also).
I think a few important questions we need to ask ourselves is whether we can clearly identify what and which Belief-System we belong to. Another is to question our Belief-System itself. Is it focused on being our society's, our culture's, our sub-culture's engineer? ...or the more humbling roll of its maintainer?

Is everything it sees in dichotic terms? Is everything either with it or against it? How does it view different or other perspectives and opinions? Does it demonize disagreeing or dissenting views as Evil? I should rather think this would be a warning sign.
Does it allow one's spiritual growth to exceed itself? (And I do believe Atheists have a spiritual aspect, btw). Or does it cripple one's ability to grow, maintaining its subjects as prisoners?
More importantly, can it be questioned?

Where do you belong?
Posted by 'Seph Sayers at 8:18 AM

Join millions who have already discovered better methods for investing in Ripple.

Learn from experienced eToro traders or copy their positions automatically!