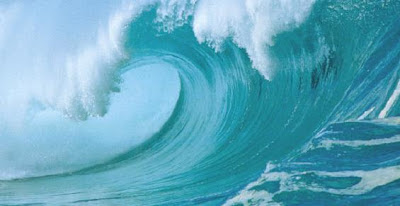 I believe that Dharma is not contained within Buddhism, but rather Buddhism is only one of many that draws from it. The Buddha said, “To be attached to a certain view and to look down upon other views as inferior – this the wise call a fetter”. If this is true then holding onto a belief that Buddhism is the one superior position is a path to entrapment and slavery, then Buddhism cannot be the one and only superior “way”.

I believe the concept of Dharma is simply a teaching. More specifically one's ability to 'see' or one's openness to be aware of it within one's surroundings. I don't think Dharma is necessarily a teaching or doctrine to introduce or indoctrinate one into Buddhism. The truth is simply out there and existent with or without our noticing it. Dharma is when we become in tune with it and give it life. 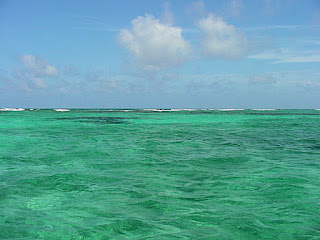 “Both the ocean and the Dharma become gradually deeper. Both preserve their identity under all changes. Both cast out dead bodies upon the dry land... The ocean is the goal of all streams and of the rain from the clouds, yet it is never overflowing and never emptier: so the Dharma is embraced by many millions of people, yet it neither increases nor decreases. As the great ocean has only one taste, the taste of salt, so the Dharma has only one flavour; the flavour of emancipation”. From the Cullavagga, translated by T.W. Ryhs-Davids

This is an absolutely beautiful piece, but it most definitely needs to be unpackaged, explored, discovered, shared, and discussed.

“Both the ocean and the Dharma become gradually deeper”.
Once a truth has been discovered it is near impossible to 'unlearn' or forget. (Now, let's be mindful and not completely write off the power of the human (dis)ability of denial though). We tend to build upon the truths we know. In fact, truth itself tends to be cumulative; the more we have the more it grows.

“Both preserve their identity under all changes”.
One core tenet of Buddhism is impermanence and Taoism holds that the only thing that doesn't change is Change itself. 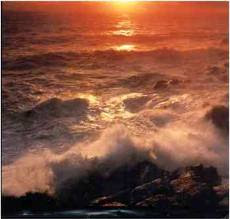 "There is a thing which is all-containing, which was born before the existence of Heaven and Earth. How silent! How solitary! It stands alone and changes not. It revolves without danger to itself and is the mother of the universe. I do not know its name and so call it the Path [Tao]. With reluctance I call it the Infinite.”. Lao Tsu

So how can this 'Dharma-Ocean' preserve its identity under any and all changes?
I can't help but think that the very nature of the Ocean can and does teach us its lesson.
We cannot (ever) see the entire and whole ocean. Even when our entire view – from horizon to horizon - is filled with the Ocean, we only catch a tiny glimpse of its entirety.
For those who would claim to know the Tao, the Dharma, God, or even truth (Truth?) in their totality, the Ocean plainly holds their lesson.

For those who would show us the true nature of God; who would tell us what God is and what God isn't, and give us perimeters – who would attempt to put God in a box; who would have the arrogance to preach to us, to teach us the errors of our ways... the Ocean says otherwise.

I am not hesitant to name in the same breath the Dharma, the Tao, or God; nor am I suggesting that they must be synonymous. Simply that, like the Ocean, they would seem to share many similar qualities alongside the truth. 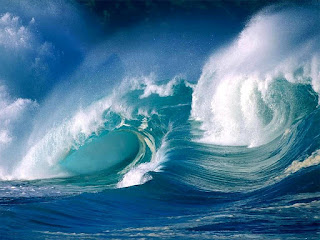 “Both cast out dead bodies upon the dry land”.
Although Dharma is the teaching, let's not take this too literally. It doesn't necessarily have to specifically mean Buddhism's teaching(s). We should not become frightened that to accept this Dharma means a path away from whatever belief or religion we currently belong to. No, I think this treasure – this universal truth – is simply being open to learning. I take Dharma as taking and accepting truth whenever and wherever we discover it. In fact, this might very well fly in the face of propositional truth. It may very well be the cure for the disease of Fundamentalism. (But again, let's not underestimate the great human (dis)ability of denial).
The Dharma-Ocean becomes the acid test for immutable fundamentalist beliefs. Why do so many people believe they must defend the beliefs they hold to be true? The truth needs no defense. It preserves its identity under any and all changes and challenges. It is unassailable.

It is also why – I believe in my humble opinion – so many fundamentalists (of numerous flavours) both avoid the Dharma-Ocean and become insular and isolationists. They really have no choice.
I think Taoism might have put it best. The Tao isn't the Path, but the passage. In more modern terms? It isn't the destination but the journey. 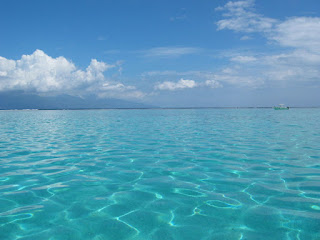 “The ocean is the goal of all streams and of the rain from the clouds, yet it is never overflowing and never emptier: so the Dharma is embraced by many millions of people, yet it neither increases nor decreases”.
I believe many (millions?!) of people embrace this Dharma but are not necessarily aware of it. Maybe they have different names for it. Maybe it's the elusive and evasive thing they reach out and search for.

I cannot decide whether these lines suggest a pluralism or a sycretism perspective. Maybe it's neither.
In "The Future of Buddhism", Sogyal Rinpoche may have put it best:


"...encourage each tradition to master completely the authentic teachings and practice of its own lineage, while at the same time maintaining a spirit of openness, harmony, and cooperation. There was no blurring or synthesis of one tradition with another - the purity of each was ensured - but they co-existed and often drew inspiration from one another."

"As the great ocean has only one taste, the taste of salt, so the Dharma has only one flavour; the flavour of emancipation”.


I should think a prerequisite to freeing an individual of what ails them is compassion. I think the Dalai Lama might have put it best when he said,


"...a key element here is to be truly sincere about the values of compassion that are at the heart of one's own faith tradition. For the ultimate reason to accord respect to other religions is to see that they, too, engender the beautiful qualities of the human heart and foster compassion and loving-kindness - exactly the qualities one is striving to attain through one's own faith.

"Interestingly, when it comes to actual spiritual practices, which I consider to be the essence of these religious teachings, as opposed to metaphysical or theological formulations, there is profound convergence across all traditions. All carry the message of love, compassion, and universal brotherhood and sisterhood. Based on these virtues, all teach forgiveness, forbearance, contentment, simplicity of life, and self-discipline". Excerpt from "Towards a True Kinship of Faiths"


The Dharma-Ocean has but one taste, salt, and but one flavour, emancipation.
...I think I tend to agree...
Posted by 'Seph Sayers at 6:29 PM

I really enjoyed the Dharma-Ocean piece. What I am most curious about is how the population is going to proceed to '...a True Kinship of Faiths.' When fear is -- what I feel -- rampant in popular religious teaching, whether intended or not.