I suppose this blog site, The Woven, had an agenda since its inception 5 years ago. Although it wasn't set in stone; it wasn't fully concrete, the general idea was always there. Originally it was to look at and hopefully explore the direction Judaism, Christianity, and Islam pointed in. (Not politically nor nationally, but theologically and possibly morally; maybe even ethically). The first inkling of these thoughts can be found in Three Syntheses: A Confession, of Sorts

“Barb” has asked whether this might extend to incorporate Buddhism or possibly even Zoroastrian. I wanted to explore and include the ethical, moral (spiritual?) values, resources and direction of Atheism as well.


I ended up doing a year and a half private study into Gnosticism which carried its influences.
After meeting Mark Townsend (can I truly call it 'meeting'? Talking with, email-conversations, discussions, etc. Maybe I should restrict myself to saying “electronically met”) the importance and values of a more natural earth-based pagan spirituality seemed to carry enough merit to entertain. (Hedge-Church).

I have been influenced by a few strong Agnostic positions and people (Lydia from On The Other Hand as well as Jonathan of Spritzophrenia. (You might be surprised to learn that Agnosticism doesn't have to be a position of transit or simply indifference or unknowing).
Most recently I have 'studied' (I use this word cautiously – I don't want to come off sounding pretentious) and immersed myself in more Eastern 'philosophies' and 'mindsets' (not really sure what to call them. I can't call them theologies).

Over the past three and half years I have trained in and practiced Taekwon-do under one the worlds true Masters (and student of Taekwon-do's original founder), having recently received my first degree black belt. (Traditional Taekwon-do finds many of its core values based upon Buddhist and Taoist tenets).

I have spend the past year and a half receiving Traditional Chinese Medicine (TCM) and acupuncture treatment for my asthma (which not only is under control now, but cured. Yeah, I know. That's quite a statement, isn't it, but I'm willing to wait and see). From my understanding, TCM and acupuncture are based upon Taoist concepts and I have (to a small degree) studied and looked into and explored.

My latest and newest excursion is into Buddhism, but my interest doesn't lie so much in its more traditional rolls, but in its newer, modern, western avenues and implications.

What is interesting is that this 'branch' of Buddhism – this new opening petal of the Dharma lotus – would seem to have a great deal of overlap in science, many new modern discoveries, and some psychology – often seemingly bordering onto secular and maybe even the atheistic. These are exciting days!
A friend of mine (and fellow student of martial arts and self-proclaimed Atheist) suggested a book for me to read (Sam Harris' Free Will - book review yet to come).

This is great stuff! This is what spirituality means and looks like to an Atheist (much to their chagrin in their refusal to use the word “spiritual”). However, I was disappointed. Within the first 10 pages of the book I saw an old and disturbing pattern emerge. 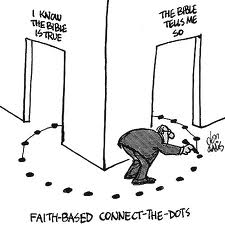 Although I am sure few people want to hear this, I saw the same methods as Bible-centric Christians suffer from. Circular thinking. (Why is the bible authoritative? ”Because it says it is. It's right there in the bible!”) And it was then that – once again – I came face to face with that ugly demon, Religiosity. (Yes, even the atheist can suffer from religiosity).
Something struck me. In a recent and short conversation with my tattoo-artist, she had referred to herself (or maybe it was I who referred to her) as the “artist-type”. We both know what we were talking about.... but maybe I should clarify.

By “fact” are we meant to take this word as being synonymous with truth? I wouldn't think so.
I can tell you a completely fictional story yet at the same time tell you an absolute truth. (Myth).

I have long since abandoned using terms like Postmodern and Postmodernity because they have lost all context of meaning. I have found that Postmodernism (e.g. the "Emergent Church" movement)  is little more than excuses to reinvent an old an defunct religion and hope to repackage it. I have my suspicions with various book reviews I have written. (John Crowder's Mystic Union, Jay Bakker's Fall to Grace, and Andrew Farley's The Naked Gospel).

The conversation with my tattoo-artist  was about how those "artist-types" see the world and generally view things. But how they see things are no less viable or truthful than those "science-types".

Maybe this is exactly what we need. Maybe this is what we're slowly seeing? Maybe this is the truer postmodernist? Those of us who can see both of these sides. Clearly the truth cannot exist within any single religion or belief-system. Exclusivism has little to no place in this consistently shrinking world we live in.

I think Ken McLeod may have put it better when he says,


“We interpret our experiences in life according to a set of deeply held assumptions. We may or may not be conscious of the assumptions, but they are there. Even when we explore our experience, we are usually looking for evidence that supports or confirms them. These assumptions are never questioned. They are taken as fundamental. A self-reinforcing dynamic develops that results in a closed system in which everything is explained, the mystery of life is dismissed, new ideas, perspectives, or approaches to life cannot enter and certain questions can never be asked. This is call belief.

The other way is to open and be willing to receive, not control, whatever arises – that is, not only allow but embrace every sensation, feeling, and thought, everything we experience. In this approach, we allow our experience to challenge our assumptions. Here, there are no fundamental or eternal truths, and some things cannot be explained; they can only be experienced. This willingness to open to whatever arises internally or externally I call faith.

...What, then, do we make of all the teachings of various spiritual traditions and other forms of human knowledge? For me, God, karma, rebirth, emptiness, brahman, atman, heaven, hell, all of these stories that people use to understand, explain, or give direction to their lives. The same holds for scientific views, astronomy, biology, quantum mechanics, or neurology. If we wish to be free of suffering, to be free of struggle, then the way to look at experience is to know “There is no enemy” and stop opposing what arises in experience. Is it difficult and challenging? Yes, but it's possible.”

Ken McLeod's Something from Nothing

Email ThisBlogThis!Share to TwitterShare to FacebookShare to Pinterest
Labels: Pluralism