"The Shack Revisited", by C. Baxter Kruger; Commentary and Review 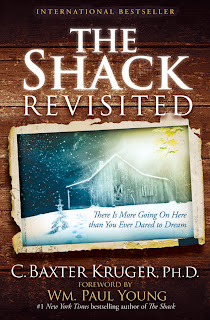 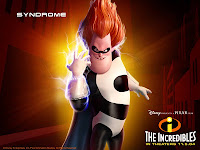 I feel that the entire concept of Grace and Salvation is held backwards by modern day Christianity. The Christianity the world knows of is a counterfeit faith and in turn is often despised because of it. The Christianity of the church is the anti-villain, like Syndrome in the Pixar movie “The Incredibles”. They create the crises in order to save us from it.


“All in all, you can't make a man a Christian unless you first make him believe he is a sinner.” Lin Yutang's “The Importance of Living", pg. 17

We are worthless sinners and doomed to Hell unless we turn and accept Jesus as Lord and Saviour – and coincidentally the church alongside it. When the truth of the matter is, we have already been adopted into the family.

Spencer Burke with his “opt-out salvation” in “A Heretic's Guide to Eternity” saw it. Rob Bell's “Love Wins” poses this position (pg. 11). It is implied in Young's “The Shack” and Kruger's “The Shack Revisited” holds this same conclusion throughout chapters 11 and 12.


“Predestination means that we were eternally found in Jesus before we were ever lost in Adam”. “For Jesus is not “Plan B”, which the Father, Son, and Spirit quickly thought up and implemented after the failure of “Plan A” in Adam”. The Shack Revisited, pg. 156-157.

This conundrum-of-the-conditional is the final piece Christianity must let go of to exit its draconian past and truly become a valid, relevant and modern day faith and spiritual presence.

I have reviewed several Christian books which attempt to pitch a 'revolutionary' Grace, but ultimately cannot get past this one condition. Books like Jay Bakker's “Fall to Grace: A Revolution of God, Self, and Society”, Andrew Farley's ”The Naked Gospel”, and John Crowder's ”Mystical Union” just to name a few. Kruger puts the consequence of this failure into perfect perspective:


"The love of this God is caused by something outside of his being. And is this not what we all fear? That something outside the being of God causes him to love us, that his love is conditioned by something other than his nature, and thus that we are the ones who must get it right, trip the love wire, make God's love happen, and keep it happening? No wonder we are so exhausted and unhappy". The Shack Revisited, pg. 124-125

Although I have long since abandoned the doctrine of the Trinity, William P. Young's “The Shack” portrayal of the Trinity gave me reason to – if not rethink the Trinity – then at least it made me fall in love with the Trinity.

However, Kruger (in chapter 9) does little but revisit the various failed attempts of theologically explaining the Trinity, going so far as to reintroduce Sabellianism, modalism, and Arius. (Ultimately, church history is littered with what the Trinity is not and little of what it is). I had come to the conclusion that the doctrine of the Trinity is a man-made construct; a necessary tool for a finite mind to grasp and grapple with an infinite concept.

On page 112 he briefly touches upon an understanding of “One” or “Oneness” based upon relationships rather than individuality and slightly expands on it in the next chapter. Particularly with Richard of St. Victor (medieval theologian) regarding the fact that God must be relational and therefore absolutely must have always existed within a relationship (the Trinity).


"The love of a single-personed God would be inherently self-centered, narcissistic, and ultimately about God, not others". pg. 118

Although I wholeheartedly agree, I do not necessarily agree that the Trinity's the only answer to this dilemma.

I think the entire problem with attempting to 'prove' or justify or theologically answering the Trinity is the very nature of theology. At the end of the day it is just another -ology; a study of.

The Trinity as portrayed in the fictional story The Shack simply is. It is beautiful and enchanting and heartwarming, and human. Does it really need to be translated into an -ology? Does it really need to be justified or theologically explained? Sometimes a fictional story can carry more truth than any doctrine. And I had questioned if this point may have been lost with Kruger's ”The Shack Revisited”.

But because The Shack is a work of fiction it is very difficult to read without being touched personally on some level. Kruger doesn't miss this point. Ultimately, this cannot be a cold, stoic, distanced academic issue; it cannot be a theological and intellectual exercise. One of its riches is that, as the reader, we must internalize it.


"...the god of our fears... the god of our fallen imaginations, is not real - never has been, and never will be. But the trauma this god inflicts is real to us... the sterility of that imaginary god is exposed for all to see... 'I hate you!' It is the scream of honesty, the only real response when our pain and the cold, heartless impotence of this god collide in real-life tragedy. I hate you! ...in the trauma created by the collusion of life and the false god of our imaginations, we begin to get new eyes." The Shack Revisited, pg. 22-24.

For years I have struggled with coming to terms with the apparent necessity of Jesus' brutal death and crucifixion. The vicarious atonement never cut it for me and every other variation always, in one form or another, led to a vindictive, bloodthirsty God. The theological fact remained unchanged: Somebody needed to pay the price in absolute brutal bloodshed. I could never accept this sort of God who was also supposed to be Love itself. David Rubel sees this in his book The Gospel You've Never Heard on pages 160 & 162:


”There is also a need to address God's wrath that exists in reaction to... sin. The cleansing and removal of sin is referred to as expiation and the address of God's wrath is referred to as propitiation... Strictly speaking, this is not even propitiation, which refers to wrath being cooled due to a change of disposition... The Vicarious Punishment... does not provide actual propitiation. It simply claims the wrath was vented on someone else.”

Whether we, the human race, had it coming or whether Jesus took it in our place, would never change this  picture of a disturbing and psychotic God.

The Father's need of Jesus' death was always an impossible pill for me to swallow. However, Kruger puts forth a drastically different perspective in chapters 15-16.


”The inherent legalism of the Western Church trains our eyes to see Jesus' suffering as the judgment of God upon our sin, and virtually blinds us to the more obvious point that Jesus suffered from the wickedness of humanity. It was the human race, not the Father, who rejected his beloved Son and killed him. The wrath poured out on Calvary's hill did not originate in the Father's heart, but in ours. The humiliation that Jesus bore, the torment that he suffered, was not divine but human. We mocked him; we detested him; we judged him. We ridiculed him, tortured him and turned our face from him. It was not the Father or the Holy Spirit who abandoned Jesus and banished him to the abyss of shame; it was the human race. We cursed him,” pg. 184-185

I won't say much more. I'll leave it for those who wish to read the book, but he ties this into how he handles The Fall from chapter 13. It has been the only theological angle I've ever heard that 'works'.

I very much like and agree with how Kruger handles The Fall of Adam in chapter 13. It was at this point in the book when my opinion, my question of whether “The Shack” needed a theological literary companion changed. Although it doesn't need it, it can only benefit from it. For as many fans and supporters there are out there, there are just as many critics, naysayers, and those who would love nothing more than to debunk/rebuke “The Shack”.

For those who would do a group study on The Shack, Kruger's “The Shack Revisited” should be included as its companion.


Disclosure of Material Connection: I received this book free from the author and/or publisher through the Speakeasy blogging book review network  I was not required to write a positive review. The opinions I have expressed are my own. I am disclosing this in accordance with the Federal Trade Commission's 16 CFR, Part 255.

If you liked much of what Kruger had to say in "The Shack Revisited" you might appreciate his audio lecture series, "The Big Picture". It is long - 33 parts about 35 hours, but well worth it IMO. It is a comprehensive exposition on Perichoretic Trinitarianism. I think Kruger is probably the preeminent Trinitarian theologian of our day attempting to recapture the vision of the Early Church, before it was lost in Roman/Greek/Pagan legalism/philosophy/mythology. He studied under the great James B. Torrance, brother of the great T.F. Torrance, both disciples of probably the greatest theologian since Calvin, Karl Barth.

Thanks for sharing your thoughts.