The Dharma Entanglement is blocked by the encircling Ego.
We are entrapped by our Ego.

Ego is fabricated by three elements; Delusion, Envy, and Fear.
Dharma, Solace, and Compassion compose The Dharma Entanglement and our innate Wu Wei Nature, for Dharma emancipates us from Delusion, Compassion from Envy, and Solace from Fear.

The way forward through these blockades and barriers of the Corporate and Private Ego is through the Mu Portals. 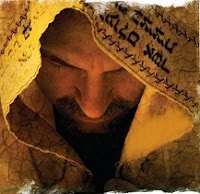 The heretical Rabbi, Yeshua of Nazareth, spoke of a strange and elusive concept he called The Kingdom of God. Something that was yet to come, yet strangely present in the Here and Now; within ourselves (Luke 17:21). An unrealized potential.

Yeshua was an exemplar; he was a Revealer rather than a Redeemer. It is religion, religiosity itself that kept us ignorant, captive, and slaves.

What I believe Yeshua truly taught wasn't the advent of new religion (Christianity), but a heightened awareness - a sort of freedom and enlightenment, rather than a salvation. Yeshua's Kingdom of God wasn't a new religion, but the end of all religion. The escape hatch from this Edenic Birdcage; emancipation from the Entrapment of Religiosity itself.

Mu is Japanese for “not” often used as a prefix, but can stand alone, simply as 'not'. It can mean to “unask the question", suggesting that the problem does not lie within the answer (there is no correct answer), but within the question itself. The problem needs to be approached from another point of view. I think this gateway is critical to one's spiritual journey. Without it, it is simply stagnation. Growth becomes impossible. The entrapment of religiosity remains unbroken.

Although there could be many possible paths to the Dharma Entanglement, ultimately I believe “Mu” is a necessary gateway to escape the shackles of Religiosity and enjoy the emancipation of Spirituality. (Only then can Spiritual Solace be realized, cultivated, and nurtured).

I think this may very well be the defining difference between the Religious and the Spiritual; parting ways from the disease or plague of religiosity. Abandoning these slave masters.

I have found many monotheists, as well as many Atheists, lack a healthy sense of Doubt, and suffer from an addiction to Certainty. And when we fall victim to the Certainty Addiction everything becomes a matter of knowing and fact and proving one's beliefs. Faith dies. Truth takes a back seat to being Right. Thus enters the hidden and silent inner conflict. Combine this addiction with inner conflict and the monotheist's concept (fear) of Damnation and their Solace's destruction is complete. 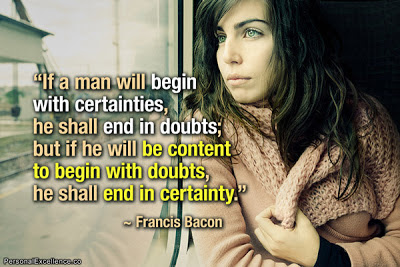 What we need to discover is our Mu Portal. Not only an exit point from our own dependencies on religiosity, but the knowledge and wisdom to realize that our religiosity is not only unneeded, but the one thing that kept us captive. It is the only way to attain Spiritual Solace and growth. It is our only way to break Fear's grip. 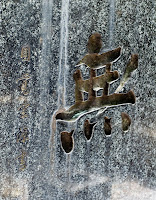 ”Mu” (regardless of which avenue one arrives here or even by which name one recognizes it as) is the ability of simply 'letting go' and be at peace with not-knowing. What is important is the meanings and the lessons and the wisdom that are behind these myths, images, and symbols. These stories can be just as true for the Atheist as they are for a Christian or Buddhist or a Muslim or a fill-in-the-blank. Allowing a Faithful Doubt (rather than a Doubtful Faith) and living at peace with its mystery. Something many religious people (especially institutional religions) struggle with.

The Mu Portal doesn't belong to a specific religion or spirituality or tradition. All traditions have their Mu Portal(s) and they're not limited to one each. There could be as many Mu Portals as there are people. They may look drastically different and their purpose is not necessarily to deliver away from their individual religion, faith or tradition.
(But most often, I should imagine, it would drastically open one's eyes; rather seeing it as an exit from their religion or faith or tradition, they may prefer to see it as moving beyond it).

The Mu Portal frees the individual from the confines and entrapment of religiosity.
I believe a great many people never find the Mu Portal and never seek it.

I believe some, discover or stumble across it. Their first experience with it would be extremely confusing and terrifying – causing them to flee into the perceived comfort of the familiar and structured and established. Many will never revisit it again.

But some, even as frightened confused and wary of its extreme alien-ness, will sense a truth and an attraction to it and be slowly drawn back.

It won't make sense. It can't. By its very nature it is incomprehensible from the context it is being viewed from. 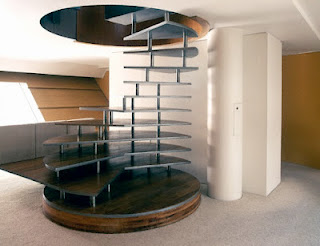 It is a spiral stairway with no banister or railings on a space station.
Without the railings there's no support structure, no guiding rules or regulations. Without the banister there's no safety; no protection from falling.
It isn't until you realize in 0-g you can't fall but only float.

It's difficult and challenging to understand this because of the context you were always taught to view things from. That is the nature of the Mu Portal.


It is both an Inner and Outer Journey.
To break free of the Edenic Birdcage, the Confines of Religiosity; to pass through the (1st) Mu Portal is to escape from the Corporate Ego. (This is the Outer Mu Portal).

The second Mu Portal (inner)delivers one through their Personal Ego and into The Dharma Entanglement and to their true and innate Wu Wei Nature.

But it is vitally important to remember, what I speak of belongs to any and all traditions. I use some Taoist, Buddhist, and Christian terms (and even some I've been forced to name an label myself), but I am only capable of seeing this from my own experiences and attempting to express it from my own point of view.

Our innate Wu Wei Nature - this Dharma Entanglement - will be known by many other names and experienced in many different ways. Our Corporate and Private Egos will be known as something different as will out pathways and 'escape hatches'. Our passing through the Mu Portal will look like hundreds of different stories.

The last thing a corporate entity - an institutional religion - will allow is the escape of dependency upon itself. Of course most traditions don't speak of it, nor name it, or acknowledge it. It is the reason Yeshua was killed. It proposes the end of all religion. It is not important what we call it. What's important is that you acknowledge the Mu Portal's existence.