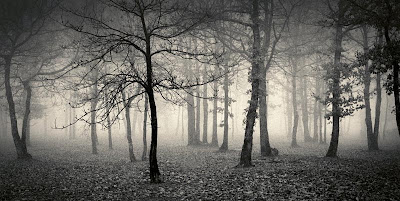 Relationships come and go. Sometimes we move and they fade away into past memories. Others abruptly end due to irreconcilable differences or conflict. Some relationships last a lifetime and are mutually supportive, constructive, fun, and loving. And some linger on - possible due to some elusive and ill founded sense of duty or obligation. These tend to be long-lived. These tend to be insidious because they can become so commonplace that we become blind to their damages and potential toxicity.

These are the ones my wife and I took a long hard look at and abandoned, primarily because of our children and our own sanity. It was this period of time that I have come to call The Cleansing.

It was a long process of learning, being used, and realization - years, possibly even decades - in its formation. But it was within the last 8 years that this cleansing of relationships reaching its full fruition. I cannot give a specific time or date when this occurred. It wasn't a spontaneous  single incident; it wasn't a sudden purge. These relationships didn't just end. We had suspected for years that they were one-way streets. We simply "withdrew" and watched. And since we were the only ones feeding them, they slowly withered, starved, and died. It was actually a very passive act. More inaction than action. No going out with a bang, but a forgettable whimper.

There are times now when I feel fully convinced and content that it is done and over; that we have successfully purged these non-reciprocal or toxic relations and personalities out of our lives. But there are other times when I feel that it is not done, that the task is not yet complete or final.

It is clear to me, through incidental and sporadic chance encounters of information, that some of these people have not found closure or understanding or acceptance of this "cleansing". I wonder if the fault lies within myself for not having a bold enough confrontation on these issues. Other times I wonder if the reason they struggle is indicative of the self-serving causes that ultimately led to these circumstances. That they cannot see or cannot understand because they cannot, or will not, look at themselves. Lost in their delusions and denial. 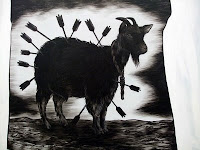 I am well aware, that behind my back, I am still the bad-guy. This isn't new. In the now distant past they had solidified their relationships among themselves based upon this common 'enemy'- me. Why should it be different now? No, things on their end haven't changed. But when they can no longer make me their bad-guy, their scapegoat, they are left with nothing more than their empty victim-hood.
And that is why they fail to see. They can no longer understand what it means to be a victim, because they aren't one.

Do I have an obligation to help others of their illnesses, especially people I have chosen - with reason - to abandon?

They still live in their lies and deceits and illusions... they continue to poison themselves; instead of growing, they spin in circles, attempting to influence and poison any and all who will listen with the one thing that cannot be challenged; their perpetual state of victim-hood.

I must make it clear that I do not feel anger towards these people. I do not feel hurt, or resentment, or even disappointment anymore. I personally have come to terms with what these past relationships have, and have not, been. I have long since let go of what I might have hoped they might be, or what they should or should not have been. If I feel anything at all, it's pity... but not compassion.

And it is at this point that I become concerned: the lack of Compassion.

I have come to the conclusion (in The Dharma Entanglement) that Compassion is one of 3 elements integral  critical, and necessary for a healthy spiritual life and growth. However, I debate whether Compassion is called for in The Cleansing or not.

The question ultimately becomes, who is deserving or worthy of my Compassion?
Although I have spiritually moved beyond Christianity, I have borrowed their concept of Grace:
(Being rewarded or benefiting from something positive when you do not deserve it and have not earned it).
I'd like to believe that's part of my understanding of Compassion.
...or maybe this was the reason why those non-reciprocal and toxic relationships initially lingered of for so long.

Was my tolerance and Compassion their encouragement, their permission?
...or was my Pity the solution?

I have other articles about emotional vampires and being around people who don't offer back equal to what you offer them. It's not selfish to walk away from those people it's simple self preservation. Why would you continue to associate with people that aren't offering back what they take, that's not really friendship. Good for you!

Thanks for pointing me to your post Seth. I very much relate to it and the questions you ask.

This here: "That they cannot see or cannot understand because they cannot, or will not, look at themselves. Lost in their delusions and denial."

That's how I've come to think of it, though I still wrestle with feeling like it is all my fault that they don't understand. That really is a burden I shouldn't carry but it comes in waves, in and out. As time passes it seems the waves are out more often than in but I wonder if really they are mostly in, just unconsciously so.

You know, I don't know what I feel. Wait, yes I do. I feel like crap. But mostly because I don't get it. I don't get why it has to be this way. Why don't they see? Why don't they understand? Especially after you've spent oh I don't know, decades upon decades in some cases of giving them the benefit of the doubt, lingering in those relationships, waiting for the proverbial moment where do say finally, that they get it or understand. By the time we leaved or apply The Cleansing what is left of our own compassion, for ourselves. I was bereft of self-compassion. I was broken, poisoned and weak and barely had the strength to walk away. More than anything, total exhaustion.

I think compassion is sympathizing and sometimes doing something to alleviate it. We can't in some situations enter in to the alleviation, especially when it's toxic and their is no hope for an antidote.

So many thoughts. Again, thank you for sharing it and I know it's going to linger with me as I continue to ponder it all in my own personal situation.

Oops on the typos and such. o_O

And for getting the Seth instead of the Seph. Geesh. Remind me not to comment until I've had my morning tea. Yikes!