“My you have good eyes.” - Cheshire Cat
"Do you hear silence?"

But even nothing must have great value.

It isn't the clay vase that is of importance, but it's center, it's hollow, it's nothingness, that makes it useful.

One of mankind's greatest inventions was the wheel, yet the wheel itself, its spokes, and even its hub isn't of most value, but the center hole that drives the wheel.

It is to remind us that there is always a passive and empty component that coexists with an active, coercing and shaping component. The two provide the means towards action and purpose.
Nurture and acting.

Action is often coercion and coercion often manifests as aggression. If we can separate aggression from action we are not left with emptiness but inactive action. Wu wei. 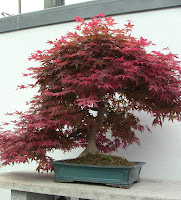 I've always loved bonzai trees. They are fantastic examples and manifestations of universal wisdom.
Although we can coerce and control and shape them (yang), ultimately they passively remain the same - a tree (yin). We must accept this because we cannot change it. It is it's nature. It lives and grows on its own. Some might argue that if we were to stop watering the tree it would die, but even death is within its nature as all things eventually die (impermanence). It is inactive action. Wu wei.

Mu... not.
It may be used grammatically as a prefix. Not good. (Bad). Not day (Night).
But in Buddhism, Taoism, and Eastern religions, it can stand alone. Simply Not; an answer to a koan; an answer to unanswerable questions. Mu.
Unask the question. It indicates the question cannot be answered; that the question itself is at fault. 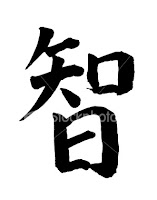 I have found it becomes a good philosophical method or tool, when addressing and struggling with the contradictions within theological conundrums – for I believe is in the contradictions and the paradoxes in which the divine wisdom – Sophia - is most challenging and speaks the loudest. It is not in the religions' commonalities that she speaks and challenged us to change and grow and learn but in their apparent conflicts. And to claim that there simply are not any conflicts or contradictions is nothing more than denial and suffering from an ostrich-syndrome. 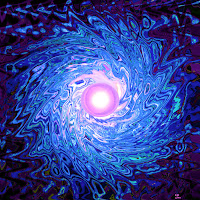 I can't help but wonder if, in the center, the genesis point of all creation, there exists a Great Nothing. I think to attribute this as God – a Creator – is 'asking' the wrong question. It's looking at the situation from the wrong angle. For Creation itself, and even the act of creating itself, are controlling and coercive actions. Yang energy.

From a Theistic perspective, we really cannot have a God that is both omnipotent and omnibenevolent. We can, however, have a God that suffers from necessary, involuntary, and irreversible kenosis. Self-emptying.

... that is, of course, if we are forced to address this issue within a theistic context...
...but, like the banzai tree, what is the nature of this "divine" center; this divine Great Nothing?
What is the inactive action of this central nothingness?
What is God's wu wei?
Posted by 'Seph Sayers at 8:25 PM