The Hidden Faces of Fundamentalism

We have two people in a car involved in a discussion about the nature of the car's occupants.The first says, "There are only two categories of people in this car.Me, and not-Me".
The second occupant isn't impressed by this sort of categorization and disagrees. The second occupant sees the catogories in terms of Him and not-Him, much to the first person's dismay.
Both argue that they are dealing with cold, hard facts and therefore won't back-down because they hold the truth and are unarguably in the right! 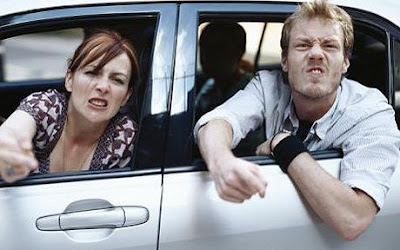 I believe this is how most Westerners think and function; in dichotomies. This is a Western-paradigm; a Dichotomy-paradigm.

Both arguing occupants in the car have missed several facts.
First, that the truths they cling to, are only 'facts' from a certain point of view and are conditional truths at best. 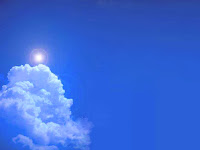 (A person believes the sky is blue. It is an obvious fact - don't be silly! Just look up! It is not a conditional truth and certainly not true only from a certain point of view. Fact. Plain and simple. Right? 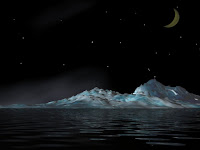 A second person (who only goes out at night) believes the sky is black. This - clearly - is a fact. It isn't a conditional truth, now is it?
Only through a non-dichotomy-paradigm can these two conditional truths be reconciled and a larger truth be discovered - the fact of night and day.
...but interestingly enough, this fact, this truth of night-and-day, is itself only valid from a certain point of view. It is only true under certain conditions. 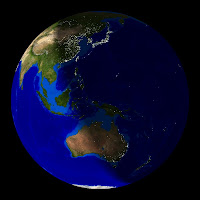 Day and Night are in themselves only an illusion; a man-made construct. Just take a step off the planet. They no longer exist. It's no different than the two people in the car arguing about is it "Me and not-Me" or "Him and not-Him").

Secondly, they miss the point that they are actually agreeing with one another in the sense that they both agree that there are two occupants in the car. They just can't (won't?) agree on how to catergorize them.

A Harmonious-Dichotomy-paradigm can accept both seemingly contradictory facts as true. No, not contradictory, but harmonious facts.


What are the nature of the car occupants?
a) Me and not-Me?
b) Him and not-Him?
Answer: Yes.

The Japanese have an expression - a single work really - Mu. Unask the question. The error is not within one's answer, but within the question being asked itself.

Another simple example is that of theft. Stealing is against the law almost everywhere (Let's leave well enough alone that the Law does not define what is and isn't Truth). Even people who may frquently steal will most definitely not accept being stolen from.
There is an unaccounted for illusion here; the assumption and understanding of ownership. The truth in this example supersedes the question.

"Stealing implies ownership". V from V is for Vendetta

Is stealing wrong? Is theft a simple black and white issue?
When you pose the question of whether stealing is an absolute, you are asking the wrong question. Is ownership absolute? What is ownership? How exactly do we define ownership? What can I claim that I truly own? If I have paid for something, if I've bought something, does that mean I own it? How does that apply to slavery?

Let us jump to another example.
I have my thoughts and opinions and beliefs as to how the universe came into being, but I don't need to be right. Ultimately, we will never know this one truth. It is nothing but an opinion and a belief. (Does might make right?)

One core tenet of Buddhism is that when we attempt to force our beliefs into facts, this is the genesis of human suffering. This truth supersedes any other.
Creationism or Secular-Atheistic Evolution?

Mu. (You're asking the wrong question).

The Western Dichotomy-Paradigm deals with truth often exclusively in terms of knowledge only. The need for truth in certain circumstances is irrelevant and unnessary, especially once we introduce Wisdom (and remember, Wisdom cares).

I think an important issue is our methodologies in pursuing truths rather than actual facts and/or truths we discover. I think it is vitally important how we come to the truths we claim to hold rather than what our end results are. It is important to be aware of the illusions we cling to.

And for those who insist on clinging to their fundamental illusions - ultimately their 'facts', their 'truths' and their inflexible beliefs, will lead to conflict and an obstacle to peace.