We are going to proceed based on that assumption that the external Source-Mind is singular and unique. Not a multiplicity; that we all 'tune' into the same original Source-Mind (and ergo are all interpretations of it. Who we are and what it is are all one in the same). 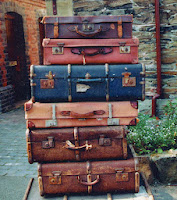 (I like this term - g0d -  or its spelling at least. The word God is a loaded word. Everyone brings their own baggage with it; their own assumptions. At least with g0d - on some level - we're forced to question what we're talking about... as we should.)


“The ground of all being, whether material or spiritual, whether in the form of men, beasts, or gods, heaven, earth, or hell, is an all-inclusive, unitary reality, beyond sense-apprehension, ultimate in substance, infinite in essence, and self-sufficient, it is the only really existent entity. This reality is most commonly called Brahma. No precise definitions are attempted.

“...regularly refer to Brahman as a neuter something, with out motion or feeling, the impersonal matrix from which the universe has issued and to which it will in time return. This it, this One Thing, is the substantial substratum of everything.” John B. Noss,“Man's Religions”, Revised Edition, The Macmillan Company 1956, pg. 129-130

Even from a biblical perspective we find an evasive Brahman-like something. In the opening lines of the bible (Genesis 1:2) we find the Spirit of God (Holy Spirit, Sophia – God personified) hovering or brooding over “the filaments” or “the waters”. It is uncertain and unclear what “the filaments” or “the waters” are, but one thing is clear. There is no mention of the Spirit of God creating them. They are preexistent (probably eternally co-existent) and the building blocks of everything and anything, spiritual or material.

Sources from the Bhagavad Gita and several Upanishads agreed with this while maintaining it within the context of personifying this state.


"The knowing Self as Conscious-Awareness is not born, it never dies, it sprang from No Thing. No Thing sprang from 'That'. The Ancient, Primordial Consciousness inherent in every being is Eternal. It is not slain even when the body dies." The Katha Upanishad 2.18


"You are without origin, middle or end. Your glory is unlimited. You have numberless arms, and the sun and moon are Your eyes. I see You with blazing fire coming from from Your mouth, burning this entire universe by Your own radiance. Although You are one, You spread throughout the sky and the planets, and all space between. O great one, seeing this wondrous and terrible form, all planetary systems are perturbed." Bhagavad Gita 11:19-20

“Vishnu is one, and yet He is certainly all-pervading. By His inconceivable potency, in spite of His one form, He is present everywhere, as the sun appears in many places at once.” - Gopala-tapani Upanishad 1:21 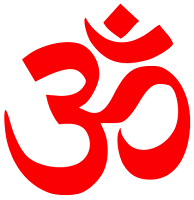 This Source-Mind is significantly more like "Om", as first described in the Upanishads, as an all-encompassing mystical entity; the original vibrations; more like the Hindu concept of Brahman; akin to the Taoists Eternal Tao – impersonal.

Not a being; it most definitely is a step away from an  anthropomorphic concept of "God".


Like negative theology, Its nature is so absolutely different from our existence that it is utterly incomprehensible. It is by nature one which language cannot describe.

Westerners - for the most part- have been conditioned to believe certain attributes God must necessarily have; yes even the atheist too - they just reject the concept of God because of these self same attributes.

Omnipotence, omnipresence, omniscience, omnibenevolence, and Personhood. (although I'm not convinced omnipotency and omnibenevolence are at all compatible without some sort of involuntary and necessary self kenosis.)

And it is at this point when we come face-to-face with the potential of g0d's Atheistic Nature.

It does not need meet all five traditional standards. (Most traditional concepts of God, especially monotheistic ones, hold five attributes to God.)

It is debatable whether It would be omnibenevolent or not. You don't need a mind or consciousness to feel. We could even debate whether being omnibenevolent requires feeling love, but rather being Love itself.

The only criterion this g0d would clearly maintain is omnipresence. And it would be through this omnipresence where we would find its facet within ourselves.


“I am ever present to those who have realized me in every creature. Seeing all life as my manifestation, they are never separated from me.” - Bhagavad Gita 6:30 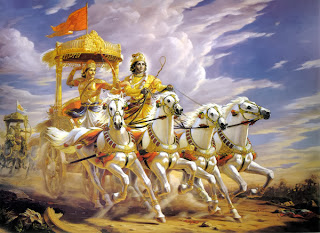 "The Self, smaller than the smallest, greater than the greatest, is hidden in the Heart of every Being." - Katha Upanishad 1.2.20

Brahman is described as the ground of all being, both material and spiritual. The all-inclusive unitary reality.
Prior to any creation there is believed to have been "Shunyakasha", the emptiness or the void. But it was more than nothingness. Everything existed in a latent state of potential. It wasn't that this void was empty and filled with nothing, but quite the opposite. It was filled with passive potential. It was filled with everything, waiting; pregnant with all possibilities.

It is important to find words or terms to describe these "states". The Upanishad's, the Bhagavad Gita, and commentaries on the Bhagavad Gita (and Hinduism) would seem to lend themselves best to some of these concepts. These quotes would compare the Source-Mind to Brahman, and our "Antenna-Brains" (or souls, or possibly minds) to the Atman or Paramatma.
As John B. Noss says, 'we can call the ultimate reality Brahman-Atman'.


“The true self of a man and the world-soul (paramatman: the universal atman) are one; they are identical... the All-Soul is the very stuff of which the human soul and its consciousness are formed, and there is no real distinction between the former and the latter. We may therefore equate Brahma, the objective All, and Atman, the subjective or particular self, and call the ultimate reality henceforth Brahman-Atman, recognizing thereby that the objective and subjective are one.” John B. Noss' “Man's Religions” Revised Edition, The Macmillan Company 1956, pg. 131

"Brahma is all that is objective, the whole external world given to us by our senses, all that exists outside of us. "But this is only half the fact. Brahma is also all that is subjective, the whole inward world of feeling and self-consciousness, with which the innermost self is identified. The term for the inner self here employed is atman... in a deeper sense it refers to the innermost and unseen self of a man as distinct from his body, his sense-organs, and his brain, that is to say, his transcendental self or ego." John B. Noss, "Man's Religious", Revised Edition, The MacMillan Company 1956, pg. 130

"The Absolute Truth is realized in three phases of understanding, namely Brahman, or the impersonal all-pervasive spirit; Paramatma, or the localized aspect of the Supreme within the heart of all living entities..." A.C. Bhaktivedanta Swami Prabhupada's "Bhagavad Gita, As It Is", The Bhaktivedanta Book Trust, 1983, pg 62

This is no attempt to sell Hinduism. It's just that its various ideas and terms fit so well with the idea of a singular Source-Mind, with all life being aspects or reflections of it.

We do not need to seek and look for g0d somewhere out there. It means we need only look within ourselves with a clear and open mind.

We need to be able and willing to drop all the baggage we carry about what God is or isn't (theism and atheism). and simply encounter and experience the g0d that dwells within and links us to all.

In this endeavor I think certainty is an obstacle. Maybe that's something that catches my attention and attracts me to Hinduism. Theologically, it's fuzzy around the edges.

Water in the Cracks

Through my continuing practice of meditation - really, it's more my practice of mindfulness - I've come to see that

(I know there are a number of implications to this statement. It sounds as if my mind has a will of its own! I also wonder if this could be some sort of variation of the monkey mind?)

No sooner than I get over one worry or it resolves itself, I find another. There's no reprieve.
I've got to resolve this.

"The highest form of goodness is like water" Tao Teh Ching, Verse 8

I think the answer is to Meet my worry mind like water
...but what is water like?

"Water is fluid, soft and yielding... Water is the softest thing, yet it can penetrate mountains and earth. This shows clearly the principle of softness overcoming hardness" - Lao Tzu

It can find itself into the smallest nooks and crannies; it deeply penetrates something; contracting and expanding; irreparably breaking it open.


"Dripping water hollows out stone, not through force but through persistence" - Ovid 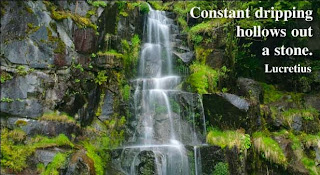 Water benefits, it doesn't compete.
It pools in the lowest places, and like hope, can always be found in the seemingly lowliest, darkest, and loneliest of times.

So... what does it mean to meet my worrying mind like water? 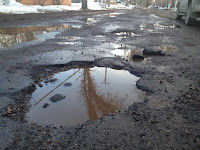 It slowly penetrates and seeps into the road. It ever so slowly, persistently, freezes and thaws; contracts and expands, until the road is littered with potholes, exposed and broken. So too does meditation do this to the hidden and inner workings of the mind. It may not be a quick process, but it's an unstoppable one. Patience. Persistence.


I only hope my patience and persistence continues.
Posted by 'Seph Sayers at 11:55 AM No comments: