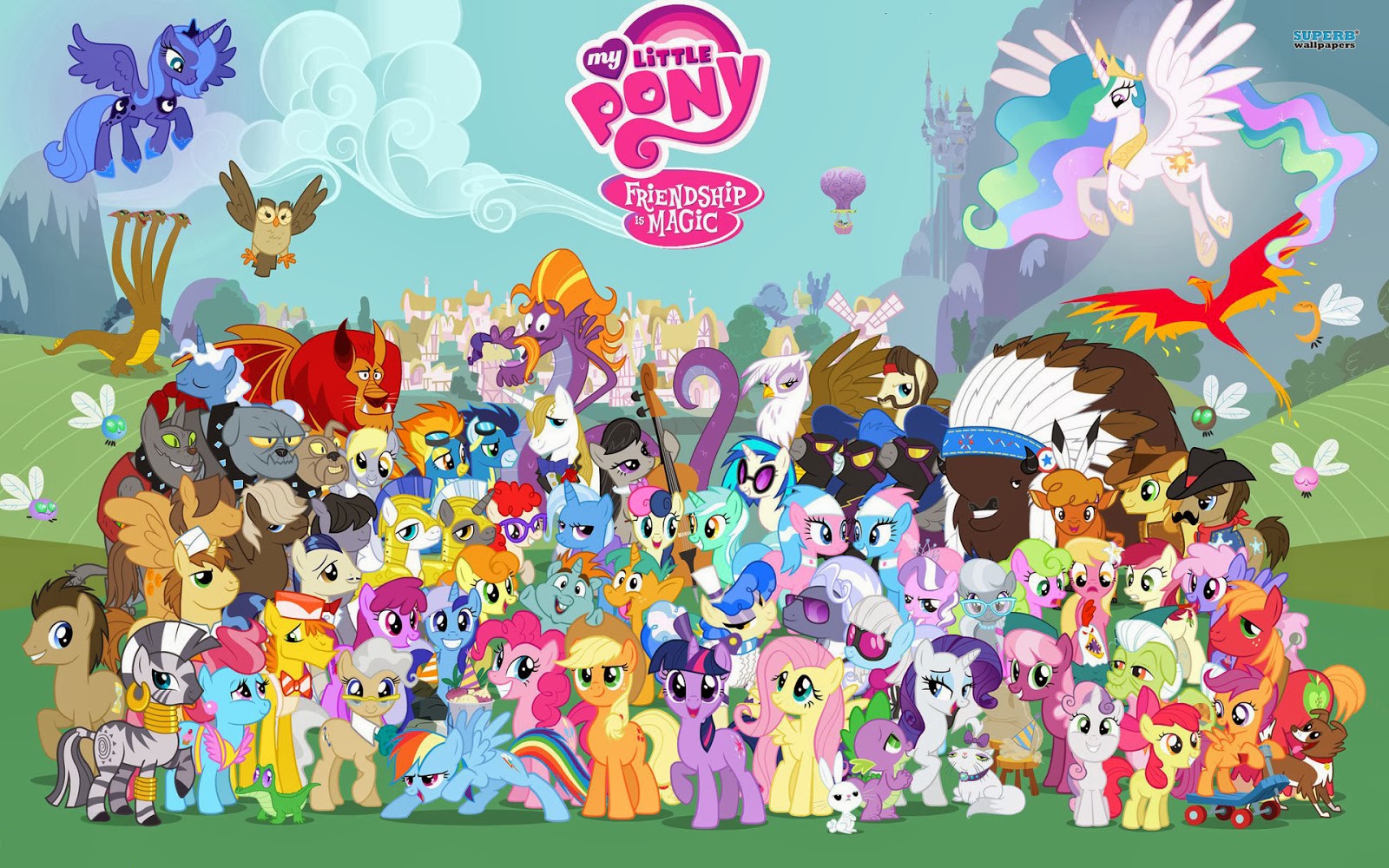 I wonder if this 'movement', phenomena - call it what you will - of Bronies is a small piece of a much large phenomena.

Ultimately, once you remove the culture of My Little Pony (not that you need to), a Brony is about two things:


We could be seeing the insurgence of deep spiritual values of Humanity having freed itself of its religious shackles and dependency. Over the past year I have toyed with the idea of a potential change coming into our world. (You can read further on posts like Human Resources and the Pursuit of Empire, A New Axial Age for an Uncharted World, Qi: Evolution & Entropy, The Paths We Walk, A Map of Humanity, The Spiritual Sojourn of the Lay-monks.)

The Dalai Lama spoke of this very same thing when he identified the need today of "an approach to ethics which makes no recourse to religion and can be equally acceptable to those with faith and those without: a secular ethics. [T]hat it is possible and worthwhile to attempt a new secular approach to universal ethics". From "Beyond Religion: Ethics for a Whole World", 2011

As I mentioned earlier, there is no need to remove the culture of My Little Pony (4th generation) from the equation, but in this case, at least temporarily, I think there might be. Ultimately, and originally, the My Little Pony tv show was aimed at young girls and that can and usually is a difficult sigma to cross.

Many men  fear being viewed as effeminine, mistaking certain values (such as compassion) as feminine and signs of weakness. (It only further compiles the problem that 'haters' going to hate').

If we take a close look at the values promoted in My Little Pony (the 6 Elements of Harmony) we can see that they are not to be scoffed at. Generosity and Kindness (Compassion?), Loyalty and Honesty (Army core values) Laughter (happiness) and Magic.


Some might consider these values of a more feminine aspect of spirituality, but I'm not sure I would even want to use the term "feminine aspect". I don't believe these values belong exclusively to women. These are rock-solid values I think our modern day world is desperately in need of today.

The people and attitudes that conflict with these value are the blight of our times. Selfishness, Envy, Delusion, Cruelty, and Fear. Attach the cute, feminine child-like My Little Pony and it makes for an easy target for the weak and fearful. Haters' going to hate.

Too often Bronies are stereo-typically portrayed as single, creepy 35 year old, fat, bearded, unemployed (or uneducated) males living in their parent's basement. The fact of the matter is very different. (It's worth checking out the documentary Bronies, the Extremely Unexpected Adult Fans of My Little Pony. It is currently available on Netflix).

My son is a Brony and I am a proud as can be - not only of the values he embraces - but that he held no fear or anxiety to share this with me. And now, having watched the first 3 seasons of My Little Pony (65 episodes - nearly 24 hours worth of it!) I can honestly say that I too am a Brony. I can't wait for the first Brony-con to come to Ottawa.