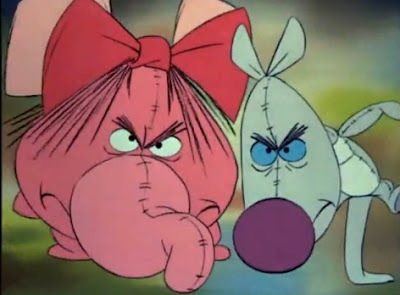 One of my favourite stories from A.A. Milne's Winnie-the-Pooh is "Chapter III: In Which Pooh & Piglet Go Hunting and Nearly Catch a Woozle".

If you can get your hands on a copy, it's well worth the read.

It begins on a fine winter's day when Piglet joins Pooh-bear on a walk. He asks Pooh what's he doing to which Pooh answers, "Hunting. Tracking something".

Piglet looks down, and sure enough, there's a trail of paw-marks! "A Woozle!" he exclaims. 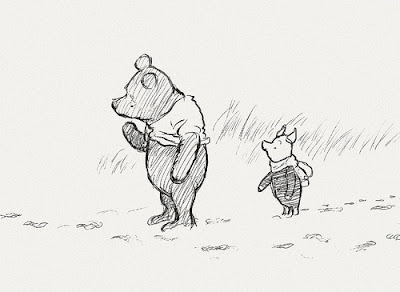 As the pair continues, suddenly they are tracking two animals now! Two Woozles! Pooh asks if Piglet would mind staying with him in case the Woozles turn out to be Hostile Animals. Piglet agrees.

Onward they journey until a third set of tracks joins the previous two Woozles! Now there are three! Pooh notices that these third tracks are different and must be a Wizzle who has joined the other two Woozles. 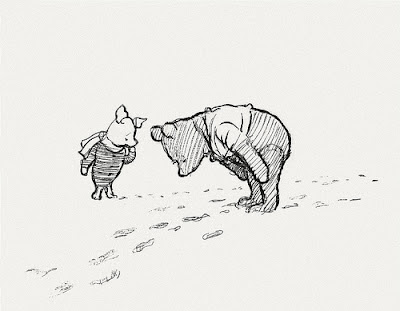 Now both Piglet and Pooh are just a little bit anxious and becoming frightened because they are outnumbered, but they continue on. Their adventure as trackers couldn't get any worse when a fourth set of tracks are discovered! "Three Woozles and a Wizzle" Pooh states. Now Piglet finds an excuse to leave as he is quite frightened by being outnumbered two to one and the ferocious nature of these animals.

The story ends with Christopher Robins overlooking Pooh from the high vantage point of a tree and pointing out how Pooh-bear and Piglet have been wandering round a spinney in circles, doubling back upon themselves repeatedly. Pooh hits his paw into one of the track and says, "I see now. I have been Foolish and Deluded, and I am a Bear of No Brain at All".

The evidence was right before them! Pooh-bear even has a witness. They wre looking at concrete facts. There can be no denying that they were following actual, real, emperical tracks!

Told from the simple children's story we can clearly and easily see through Pooh's delusion (Even Pooh-bear himself becomes enlightened to the truth by the end). But I believe there is a lesson here. I believe at times we are guilty of the same thing. we tend to have a difficult time when attempting to differenciate between our facts and our interpretations; what we want to call "truth". I think we very often miss the point that most facts are conditional. They are only true under certain conditions.

These are conditions and issues we can see and maybe even touch. Inagine the danger we run into when we deal with abstracts like Theism/Atheism and Theology!

If we can't or won't accept that many perceived facts are actually condiional truths - unlike Pooh-bear - we stand little chance of escaping our delusions.

William Roache (Ken Barlow of Coronations Street) had once said, "Fear is a very strange thing. So much imagination is involved".

I think Mr. Roache hit the nail on the head.
Pooh and Piglet were frightened of a Hostile Animal called a Woozle. (Okay, maybe Piglet more than Pooh). Their fear was real even though imagined. (I can only imagine what horrible things a Woozle would do to me!!)

...but we have them, don't we; Heffalumps & Woozles?
I know I have them. If I can point them out and name them they would cease to exist because they can only exist in my imagination. I know I have them because I have encountered them in my past; delusions. Facts whose truths simply aren't.

That's why I - like Pooh and Piglet - am so frightened of them.
Their very nature of fear.
Their habitat is my ignorance and my imagination nurtures and feeds them.

There's an irony in this wisdom. Now that I'm aware, I have to at least attempt to purge them. I have to go on a Woozle hunt... but isn't that what Pooh-bear started out doing?
"Hunting. Tracking Something".
Posted by 'Seph Sayers at 4:06 PM No comments: