A New Axial Age for an Uncharted World 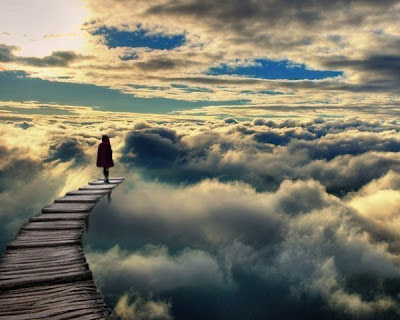 We are entering a new and uncharted world. A spiritual world some might argue; a world in which answers are desperately needed. And for the first time since the Enlightenment, a world in which science cannot provide all the answers.

Are we equipped for this new journey of exploration?

I think there is a certain wisdom to be learned from the Atheist. They clearly see the problems with the fundamental-mindset and lack of open mindedness and prohibition of doubt and skepticism present within some of the world's great religions. (They also, often in error, assume these are necessary prerequisites for the religions). 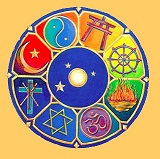 “No great new religion has swept into world prominence since Islam some 1300 years ago. Does this mean that the foregoing list completes the roll call of living religions? Yes, and no.”

If we accept Emergence Theory, the existence of cultures and religions are a fluid and evolving thing. It may occur in leaps and bounds and the Axial Age may very well have been a leap or bound, but it cannot be the final word. It cannot be the final step. What will be the next step in their – or indeed, our – evolution?

“In its narrowest sense the term atheist means one who denies the existence of any and all gods. But it has come to apply to those, including skeptics  materialists and positivists, who do not acknowledge that the world was created by a being or beings of incomprehensibly magnified human intelligence and form, and also an uncounted number of people the world over who would consider that they fit the word's broader implications.

“Since pure atheism and agnosticism obviously do nothing towards answering the ultimate riddle of life, some nonbelievers have turned to humanism – a term which has had many varying meanings, but which today, according to Corliss Lamont in Humanism as a Philosophy, “is the viewpoint that men have but one life to lead and should make the most of it in terms of creative work and happiness; that human happiness is its own justification and requires no sanction or support from supernatural sources; that in any case the supernatural, usually conceived of in the form of heavenly gods or immortal heavens, does not exist; and that human beings, using their own intelligence and cooperating liberally with one another, can build an enduring citadel of peace and beauty upon this earth.

“And finally there has emerged in contemporary history another great power over men's minds and acts – indeed, a faith – which is at once the denial of all religion and the most potent expression of secular religion ever to challenge the other faiths... Communism.” The World Great Religions, Time Incorporated, New York, 1957, pg. 8 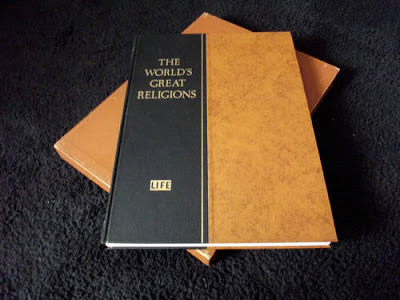 Does our modern age contain within itself a New Axial Age?

I don't see issues with Atheism as an alternative Belief-System, but we have seen the rise of Atheist-fundamentalism, and I do see issues with this 'flavour'. It is the last thing we need.

We also have seen the birth of Humanism (and it's darker brother, Communism).

I think another hallmark of our potential modern Axial Age is a sort of pluralism, or syncretism of faiths. And this gives me hope. I think it's important that we acknowledge and identify their existences. Yes, we have historically seen syncretism in the past, with the Romans and much of Hindu's numerous millennial spanning life is a testament to syncretism. But what is unique today is that we exist in a global society – we live in a much smaller world.

The option of a fundamentalist position now,can only lead to Empire or destruction. And isolationism is no longer an option.

In the New Axial Age, can Pluralism, the New Religions of Atheism, Scientism, Communism, and Humanism (in their various forms) find their place in an ever shrinking global community?

Will they sow the seeds of conflict and destruction? Will they become akin to the religions they so hate by competing for power, human resources, and authority?

Or could these be the tools we need to navigate into this new world?
Personally, I'd like to believe in the latter.