I will attempt to begin with a reasonable and logical path, hopefully one we may all agree with.

It is not a subversive or subservient agenda focused on some misplaced sense of justice, retribution or vengeance. To use the analogy of a totem pole, it should not be about turning the totem pole upside down, but laying it on its side (to stay with the idiom, there ceases to be a "high man on the totem pole," not a reversal of that "high man.") 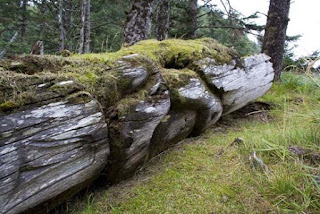 Let us be clear here: If one group's agenda truly is "to turn the totem pole upside down", this is a position of Anti-racism/Pro-inequality, an  untenable position.

Its opposite (and only truly tenable position) - Anti-racist/Pro-equality - does not allow any sense of justified-discrimination. It does not embrace a zero-sum equation belief; that one's loss means another's gain, as a necessity.

There is a dangerous, passive political momentum right now that not only allows, but encourages this perilous position and those subterfuge individuals that engage, promote and manipulate through it. 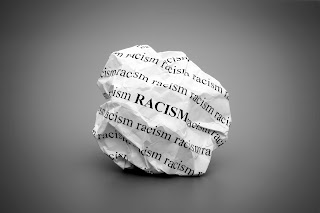 As defined by Wikipedia:

"Racism is the belief* in the superiority of one race over another. It may also mean prejudice**, discrimination**, or antagonism** directed against other people because they are of a different race or ethnicity."

* Belief. This is an intentional act and position, not an accidental one. Ergo, you cannot be an accidental racist. Racism is a deliberate act or position. It may be based upon erroneous not inaccurate information, but nevertheless is a conscious decision.
** Prejudice, discrimination, and antagonism are all beliefs manifesting in action.

Racism necessitates two things: Intent and malicious action. Contrary to Justin Trudeau's definition, one cannot be an accidental racist. Intent DOES matter. (And this is not to say unintentional actions cannot harm).

Actions and words may be inappropriate, rude, insensitive, belligerent, unlawful and hurtful without being racist. To believe otherwise is to group Nazis, KKK, those guilty of genocide and White Supremists into the exact same category as one who spouts off an inappropriate comment. (These are not excusable, but neither are they the same things.) This position is actually lessening the perpetrators of these horrific crimes and/or worldview. Watering them down, if you will. 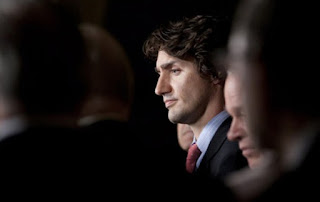 If we embrace and if we allow Trudeau's re-definition of Racism; if we allow this lack of distinction, we are ultimately allowing Trudeau's Perilous Permission for Racism. We are allowing malicious groups with a hidden agenda power. We are feeding a new breed of racists.

I am an advocate for semantics. Once we can successfully label something, we can identify it, better explore it, and ultimately, understand it, or, as the case might be, bring it into the bright light of day. It currently finds its existence in the security of shadows.

These two forms of "Racism" need to be properly named and identified. For one is a wolf in sheep's clothing, and incredibly dangerous to our true growth of multiculturalism and equality.
Posted by 'Seph Sayers at 6:17 AM